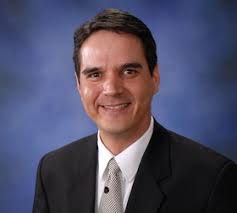 Prairie Indigenous nations will have an opportunity to be involved in the regulation and monitoring of an energy infrastructure project via the new Indigenous Advisory and Monitoring Committee for Enbridge Inc.’s Line 3 Replacement Program.

As a partnership between potentially impacted Indigenous Nations, the Government of Canada, and the National Energy Board (NEB), the committee is intended to enhance relationships in the Line 3 corridor. It is also to create a forum for Indigenous nations to advise regulators on integrating traditional knowledge and cultural values into monitoring the safety, environmental performance, and socio-economic aspects of the project.

“Indigenous communities have a deep understanding of the land. By working together, the NEB will be able to incorporate Indigenous knowledge into our ongoing oversight of the Line 3 Replacement Program,” NEB CEO Peter Watson said in a statement.

The committee’s terms of reference were co-developed by representatives of Indigenous nations potentially impacted by the project, in partnership with the Government of Canada and the NEB. Sixteen Indigenous members were selected by First Nations and Metis in Alberta, Saskatchewan, and Manitoba to sit as representatives alongside two federal members.

Identify opportunities and empower your strategic decision making with the Daily Oil Bulletin.

The committee held their first meeting at Peguis First Nation’s offices in Winnipeg, Treaty 1 Territory and Homeland of the Métis Nation, in October 2017 and have held five meetings since. Initial activities of the committee include building environmental monitoring capacity within Indigenous nations and engaging with communities to identify and address local priorities.

“This committee provides First Nations and Metis peoples an historic opportunity to advise the federal government and regulator on how to best integrate Indigenous principles and interests into the lifecycle oversight of the project,” said Joe Daniels, Line 3 IAMC Indigenous co-chair. “This is a new way of working together for everyone involved and I look forward to continuing in the spirit of collaboration, learning, and joint fact-finding with staff and leadership from NRCan and the NEB as we take on the hard work ahead.”