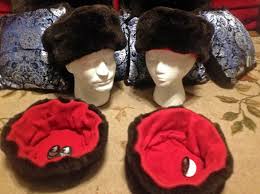 ANCHORAGE, Alaska -An Alaska Native says his otter fur handicrafts are for sale again on Etsy.com after the website briefly took them down to align with a new policy targeting the illegal trade of ivory and items made from parts of endangered or threatened animals.

Inupiat artist Marcus Gho says his items were back up this weekend, days after being warned his artwork appeared to be derived from Alaska’s northern sea otters.

He says the company learned the fur he uses comes from southeast Alaska otters, which aren’t among the subset listed as threatened.

Alaska Natives have used animals for cultural expression for thousands of years and can legally use materials like walrus ivory in their artwork.

Etsy officials say they can’t discuss specific accounts or if any other affected Alaska Native handicrafts are being reviewed for relisting.