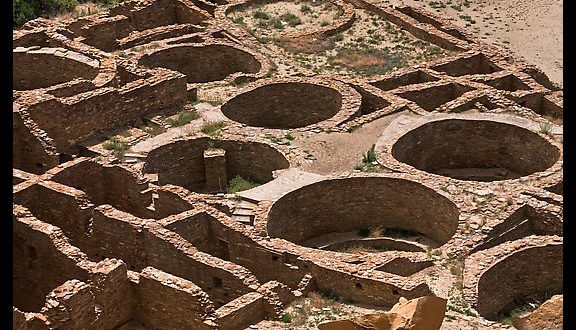 ALBUQUERQUE, N.M.- Dozens of protests have been filed by tribal officials, environmentalists and others as federal land managers consider leasing parcels in northwestern New Mexico for oil and gas development that critics say are too close to sites they consider culturally significant.

The Bureau of Land Management received 120 protests opposing the March sale. In 2014, similar concerns boiled over, resulting in the agency considering 116 appeals.

Agency spokesman Derrick Henry said the protests are being evaluated. It’s unclear when a final decision will come on whether any of the concerns will impact which parcels are bid.

Efforts in recent years to petition the federal government to set aside large parts of the Chaco region as an area of critical environmental concern have been unsuccessful.

More recently, tribal leaders and other critics have asked for a moratorium on drilling, saying increased development has the potential to destroy parts of the landscape that could provide a better understanding of the ancient civilization that inhabited the area.

The All Pueblo Council of Governors, which represents 20 Native American communities, submitted its protest in early January. The group accuses federal officials of violating preservation laws by not identifying historic and cultural properties tied to the pueblos that could potentially be located within the areas up for lease.

The tribal leaders say each pueblo maintains a strong cultural affinity to Chaco park and its associated sites.

The council stated that the greater Chaco area “is not a resource to be managed parcel by parcel, but a complete, living landscape.”

Democratic members of New Mexico’s congressional delegation also have asked that the Bureau of Land Management use discretion when deciding which parcels are leased.

Oil and gas developers have said they can operate in ways that protect significant sites and that existing regulations require reviews to ensure important areas are not disturbed.

Archaeologists argue there’s no consideration in the regulations to guard against negative effects on Chaco’s less tangible aspects.

The Bureau of Land Management in recent years has deferred the leasing of parcels within a 10-mile (16-kilometre) buffer around Chaco park. Planning in partnership with the federal Bureau of Indian Affairs also is ongoing to update the resource management plan that guides energy development and recreation on federal lands throughout the region.

A world heritage site, Chaco park and its outlying archaeological remnants include massive stone structures, kivas and other features that archaeologists believe offered something of a religious or ritualistic experience. Many of the structures are aligned with celestial events, such as the summer solstice.